MFIX not opening after crash

I’ve attached a screenshot of the errors that appear when I try to open MFiX after a crash. I am using a mac with Catalina version 10.15.4 and mfix-20.1.2. MFiX initially crashed after I changed a simulation to 2-dimensional and changed the KMAX to 1. These were the only changes I made at the time. After crashing, I tried to reopen MFIX, but it would not open. I deleted the simulation I had been working on because I thought MFiX may be trying to open this by default and immediately crashing. This did not fix the issue. I then completely uninstalled the MFiX environment and then reinstalled. This still did not fix the issue. I then installed mfix-19.3.1 to see if a different version of MFiX would open, but I got the same errors. Any pointers on how to fix this issue would be greatly appreciated! 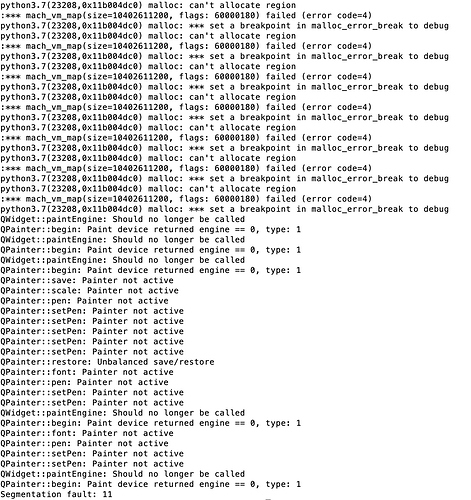 Do you have other version of python installed on your mac?