Gidaspow drag model is a classical drag model, which has been embedded in MFIX. From some literature, I found that the drag model “WEN-YU/ERGUN BELEND” is cited using the same reference as the drag model “GIDASPOW”. Are they the same? From the equations below, i doubt they are different. Right?

from my knowledge, Gidaspow is the person who combined Wen-Yu and Ergun, so yes

Thank you for your reply. Can you derive one of these two equations from the other one?

I screenshotted this. Blend function is important here. First screenshot is from my article which I am writing these days. And second one is a screenshot from drag_gs.f . I’m not sure your coefficient and mine is same theoretically but my one is directly copied from MFiX software. 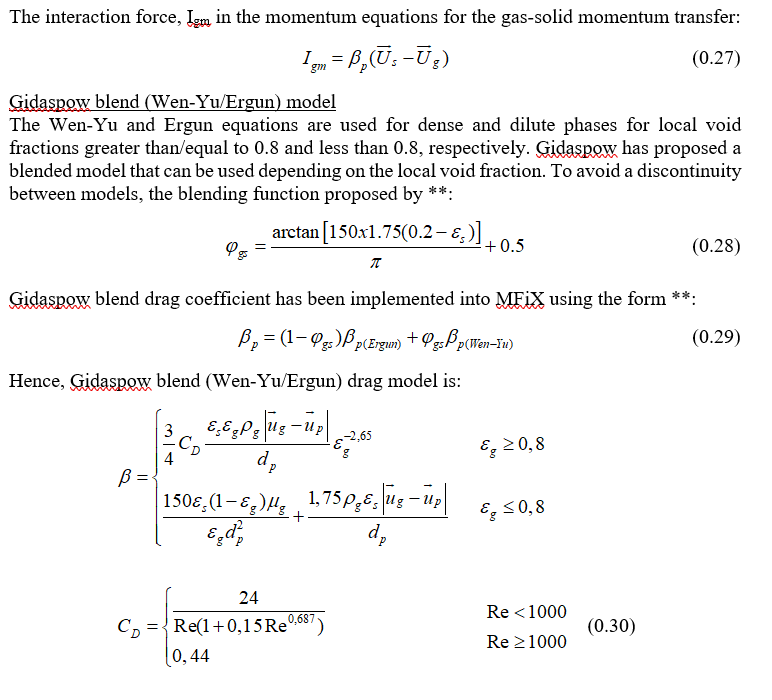 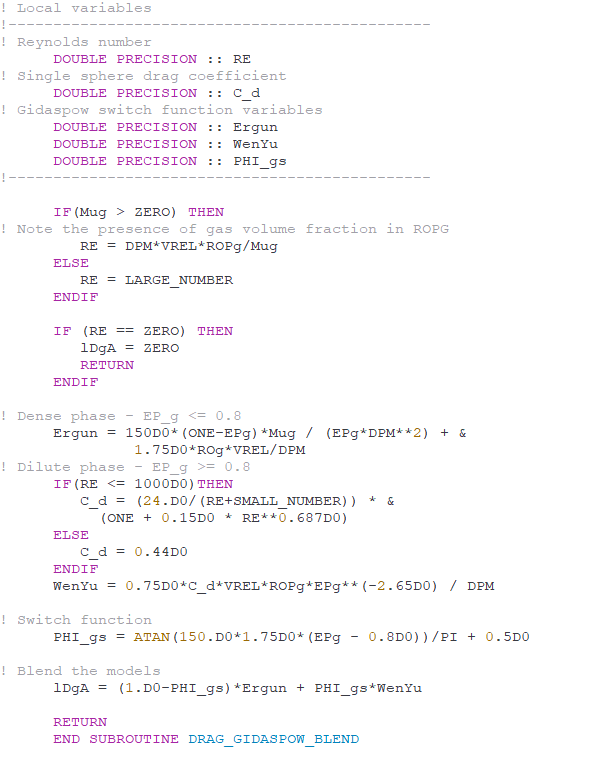 Thank you for your reply. It seems the model GIDASPOW_BLEND is different from the two models i mentioned before.

The second model which is you mentioned is the same as the Gidaspow blend I think. Somebody can correct me I think.

The Gidaspow blend model deduced in your article may be not correct, which is the same as the Gidaspow model. But, in fact, they are different. You can checked it in MFIX theory manual or source code.

this is gidaspow model in MFiX which is little different than gidaspow blend. 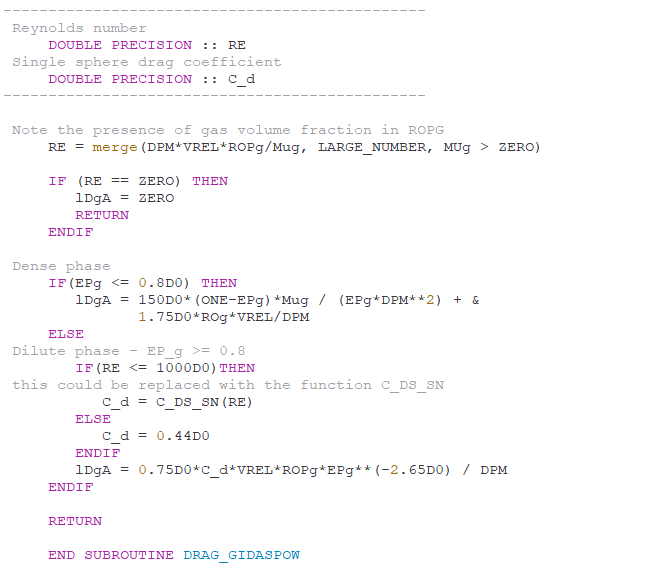