Issue with loop seal tutorial and questions about PIC

I have observed an unrealistic behavior when trying to run loop_seal_pic_3d from mfix22.1. It is as if particles were stuck to each other and the loop barely circulates. I avoided that behavior unsetting the “enable collision damping” that is set by default (or setting it to 1). I also see that there is a lateral aeration in that model, that, if removed, makes the model work anomalously.

This brings me to the following question:

How good is PIC to simulate reactors with multiple seals in which some regions are close packed? I undertand the aeration in the tutorial is used so that that region is not fully defluidized and particles flow through the seal, but that might not be the situation in an actual reactor. As far as I understand, similar models such as DDPM of Fluent are not recommended for this kind of systems (particles end up collapsing one into the other).

Thank you for your help! 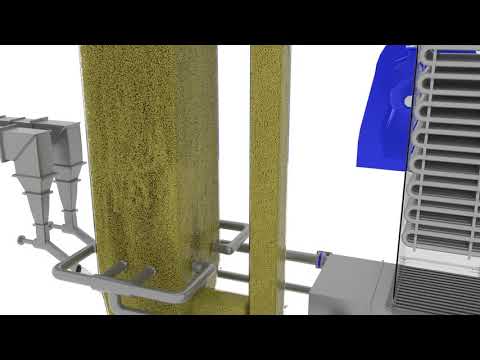 Thanks for your answer!
Yes, I was just making some trials and I observed that anomalous behavior. I will move forward and simulate more complex models/reactors to exploit the full potential of PIC.
Thank you for sharing the video, it is very nice. Is there any particularity that shall be considered when simulating such big models with seals? For example, did you use collision damping in this particular model?

Hi again,
sorry to bother again. I have another question related to this topic:

I was firstly benchmarking PIC and I wanted to evaluate its behavior when settling (no gas involved, see attached). In the model, particles enter vertically and they are supposed to settle at the end of the vertical part of the L. As far as I can see, the parcels impact the base of the system and come back up. What could be happening and why particles are not moving to the horizontal section of the L tube? I have tried DEM and CGP and the simulation is very realistic, with a repose angle that varies when playing with the simulation parameters.

Also, PIC (this case attached) seems to ignore the mass inlet stop time, which is not the case for DEM and CGP. 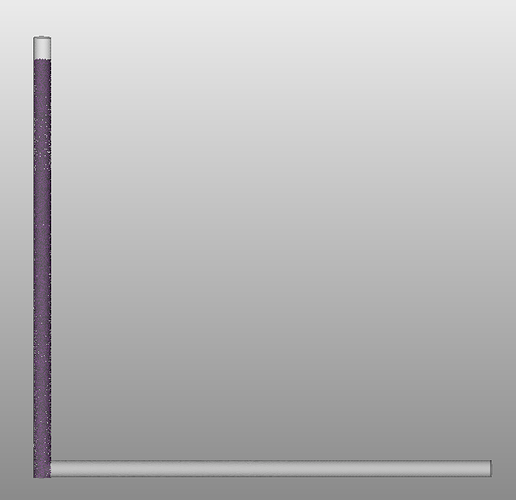