Velocity blowing up in MP-PIC simulation but STILL CONVERGING

MP-PIC | Solid-gas simulation | Velocity blowing up but not pressure - which is weird!

So I am running a MP-PIC simulation for the NETL CFB Riser problem.
I have mentioned the initial conditions in the figures.

After a successful run on HPC - when I visualize the results they are weird.
The velocity seems fine until 30 s, and then suddenly it blows up.

However, the pressure does not blow up - which is weird because if the velocity blows up then due to the navier stokes and other transport equations - the pressure should also blow up. I have added photos for both these issues. 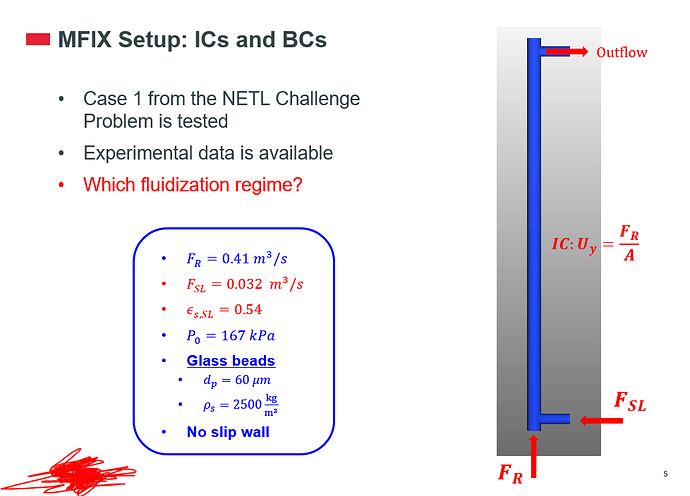 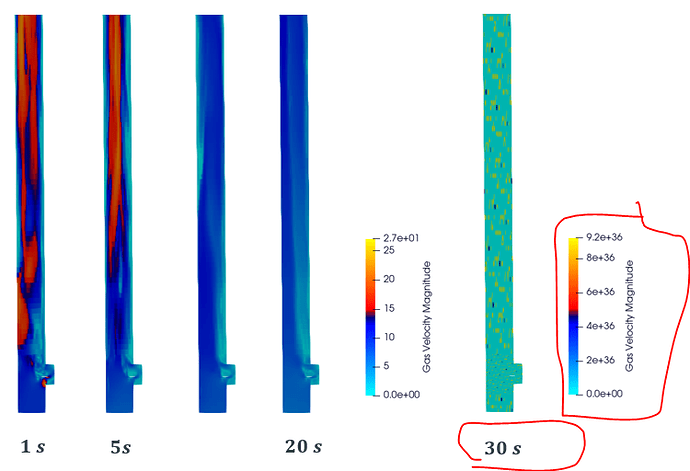 Pressure not blowing up

Are you loading the .RES file in Paraview? If so, I believe there is a limitation in Paraview when the files become very large (say a few GBs). You should load the pvd files which link a series a small vtk files.

So baiscally you are saying this is a visualization issue rather than the actual values blowing up?

This is my guess since you did not answer my question on which file you are loading. If your simulation is still going on past the 30 seconds mark, then it must be a visualization issue. Otherwise the simulation would stop due to unphysical velocity and/or lack of convergence.